After being successfully elected by their class mates our new school councillors for this year are:

The elections for School Council have been held and the successful candidates have been introduced to the rest of the school at a recent assembly.  We wish them every success in their work this year.

We discussed what it meant to be on the school council, we decided we must be:

loyal, trustworthy, attentive, smiling, a good listener and above all a good role model for the pupils in our school.

The first meeting of the school council has been held and they have decided that we have three main aims for this year:

3) Keep connected via a blog

If you have any issues that you would like bringing to the attention of the School Council, speak to one of your class representatives.

We attended our first meeting in the Town Hall on 29th September 2016. The children worked in groups to suggest the changes that they would like to see in our city. Our councillors got up in front of a large room of people and confidently presented their ideas and suggestions. We were also lucky to have a tour of the Town Hall. 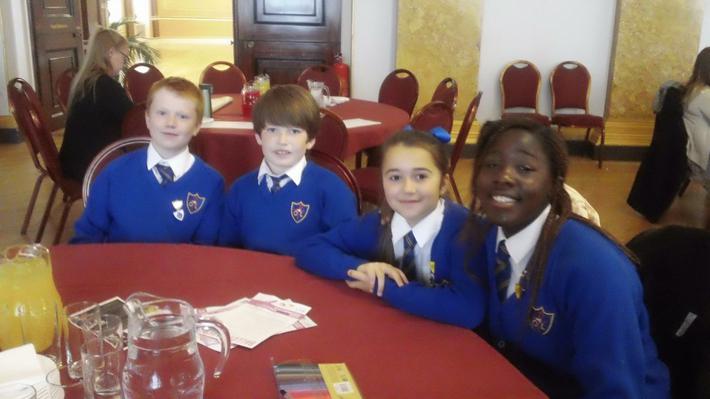 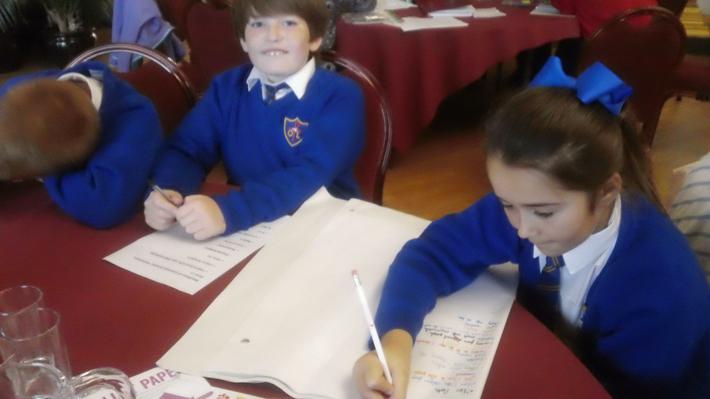 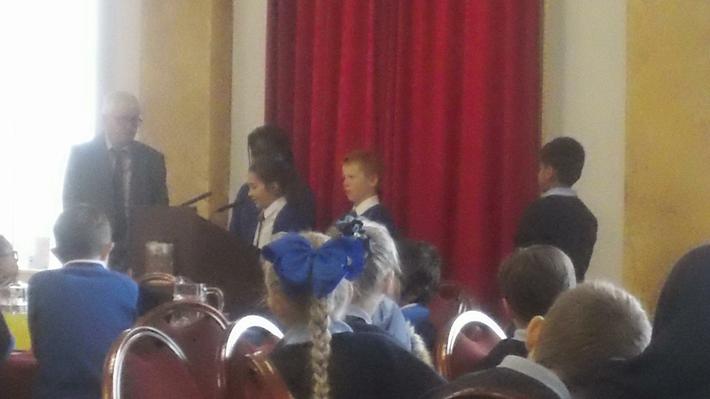 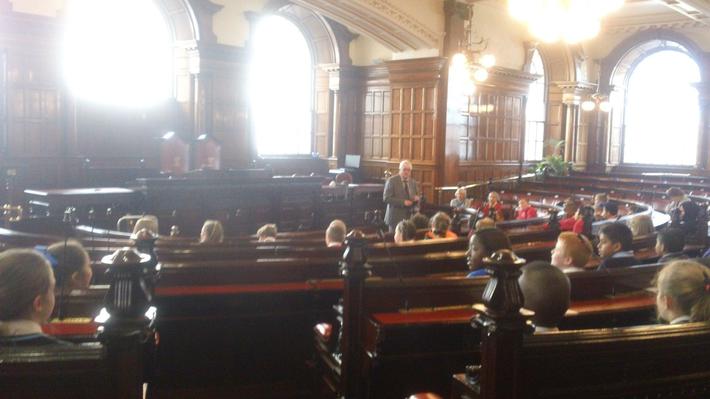 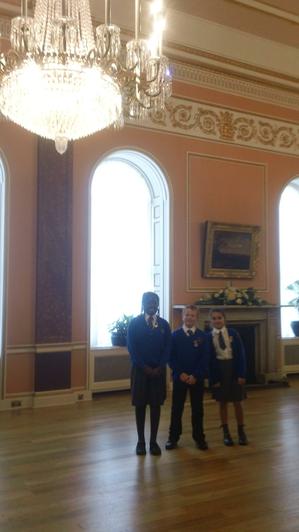 As part of the Liverpool Schools' Parliament the children were offered the chance to put themselves forward for the Junior Lord Mayor elections. Three of our councillors were keen to take part and so they each prepared a speech explaining how they would be a positive ambassador for the children of Liverpool. The children presented their speeches to the whole Junior school in assembly and they all did an amazing job! The children voted to decide who would represent our school and the vote was very close with Jacinta being selected as our candidate. Jacinta then presented a fantastic speech in the Council Chambers. We are very proud of all of our councillors who prepared wonderful speeches and delivered them with confidence. 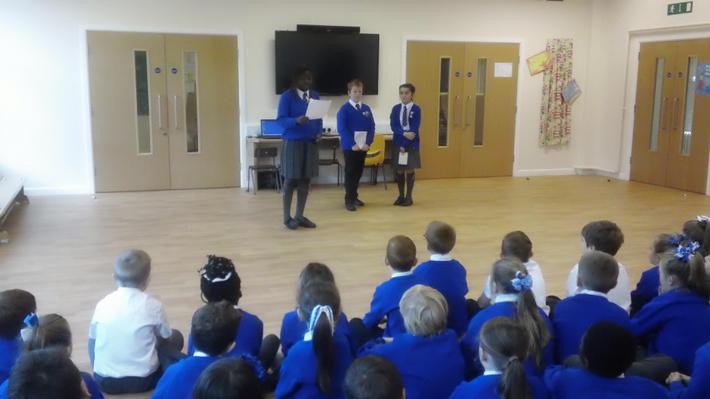 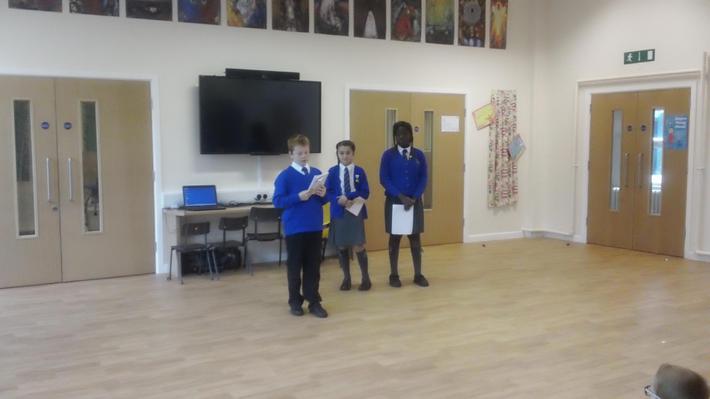 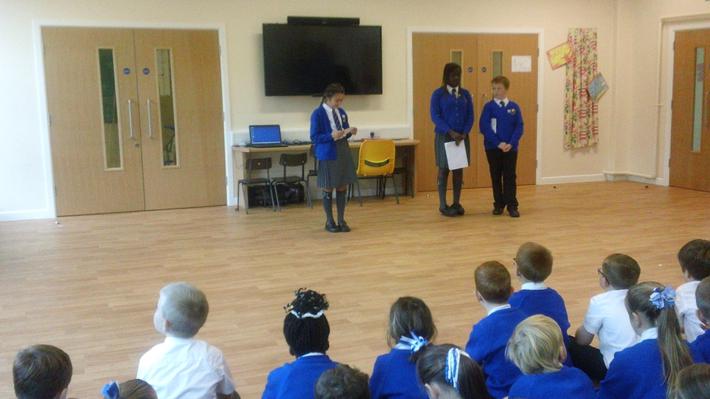 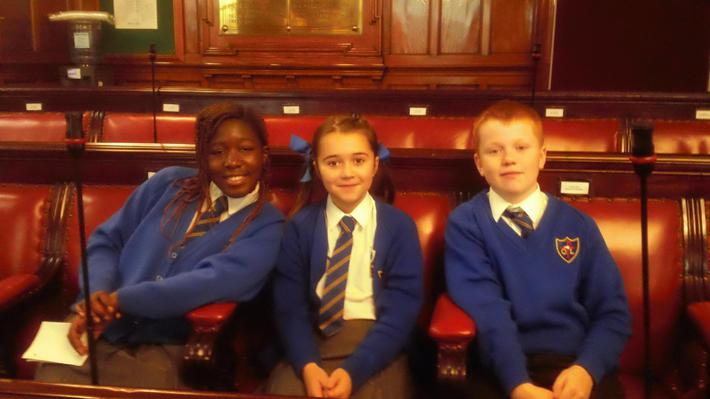 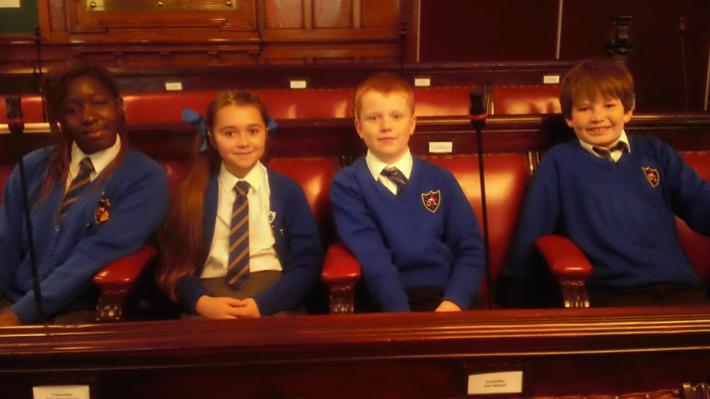 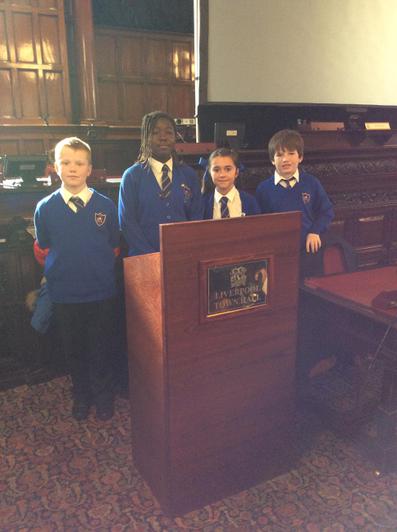 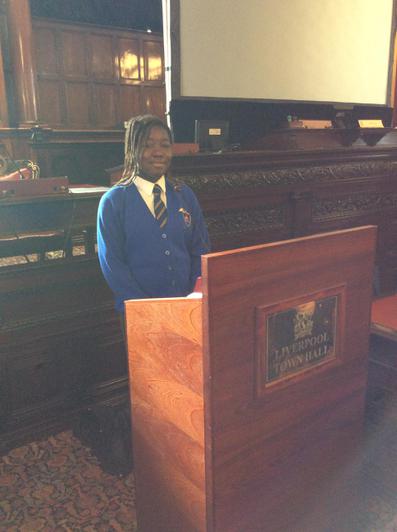 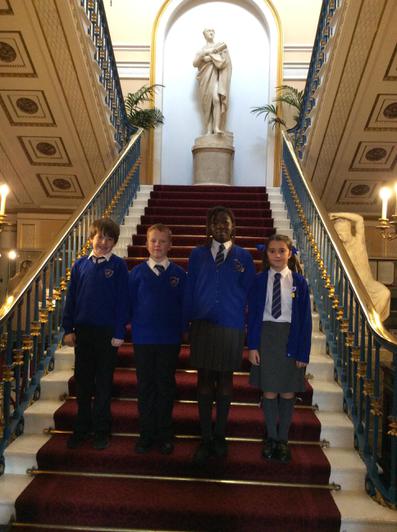 We attended the first model UK parliament at Liverpool Hope University. We learnt a lot about how parliament works in the UK and how the government votes on different issues. We worked with children from other schools to create our own political parties and decided whether we were for or against on a range of different topics (such as banning uniform in schools or giving free school meals to all children). We prepared our arguments for debate and then acted as the government, sharing our arguments and then voting on each of the issues.

Unfortunately not the ones with chocolate chips.

Some cookies are necessary in order to make this website function correctly. These are set by default and whilst you can block or delete them by changing your browser settings, some functionality such as being able to log in to the website will not work if you do this. The necessary cookies set on this website are as follows:

Cookies that are not necessary to make the website work, but which enable additional functionality, can also be set. By default these cookies are disabled, but you can choose to enable them below: